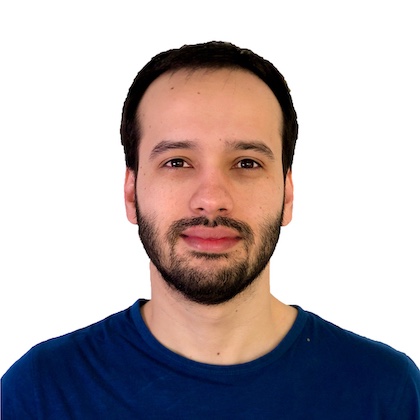 updates on Elixir v1.12 with plenty of time for Q&A.

Getting started with Graphql with Absinthe

Phoenix projects come with the Model-View-Controller (MVC) pattern out-of-the-box. This pattern works great for small to medium-scale projects. But how do you structure your project once it becomes complex? Architectural patterns can help you with this. I will explain how Phoenix uses the MVC pattern, explain its pros and cons, how to modularize a complex codebase into a Majestic Monolith using components, and how to make your project future-proof with the Explicit Architecture.

How to build four successful products with a tiny team of two working part-time after-hours? The answer is: Elixir.
We will share:

This talk is about one of our ongoing project which allows us to pay some of our bills automatically at the end of each month.

What is Erlang Ecosystem Foundation?

Get to know more about Erlang Ecosystem Foundation

In our talk we’ll explore this hypothesis: in industry, you are learning a technology you will use to develop software, whereas in an academic setting, you are there to learn how to learn. Based on our experience of travelling in opposite directions: Francesco from industry to academia, and Simon from a theoretical to a more pragmatic approach, we’ll test the hypothesis, and, through evidence and anecdotes, show that in fact it is more complicated and diverse than we had first imagined.

Your code base has tests, but are you safe to refactor? This talk isn't about getting to a test coverage number, but about how to design ExUnit tests to cover your code's behavior from responses to side effects. We will touch on test theory, using test doubles, and demonstrate some ways to test asynchronous code.

Putting it together - Elixir + gRPC

Test suites are often called E2E, even when, due to valid reasons, we have to mock out important parts of our setup, such as the database, or even a backend API. With Elixir as backend, it's possible to use and expose the Ecto sandbox to make writing proper, isolated E2E tests, each having their own data setup, a breeze.

Exploring Practices of Growth and Decline

Software development is a wonderfully conflicted mix of art and science. This keynote will examine leverage. Specifically, we'll dive into practices, processes and code organization that lead to compounded growth, or decay, of development organizations.

Bring your food and drinks

Bruce Tate is a kayaker, climber, programmer and father of two from Chattanooga, Tennessee. The award winning author's dozen titles include Seven Languages in Seven Weeks, Elixir Systems with OTP, and Phoenix LiveView. His love for teaching and computer languages led him to found Groxio in 2018, a teaching company that uses innovative techniques to teach developers Elixir and the joy of discovering new languages. The serial entrepreneur has helped start three companies, and before Groxio, served as CTO for icanmakeitbetter. Bruce stays active in the functional programming community as a speaker, author, editor and conference organizer.

Bruce will be giving a Keynote talk titled: Exploring Practices of Growth and Decline

Founder of Erlang Solutions Ltd. Francesco has used Erlang on a daily basis since 1995, starting as an intern at Ericsson’s computer science laboratory, the birthplace of Erlang. He moved on to Ericsson’s Erlang training and consulting arm working on the first release of OTP, applying it to turnkey solutions and flagship telecom applications. In 1999, soon after Erlang was released as open source, he founded Erlang Solutions, who have become the world leaders in Erlang based consulting, contracting, training and systems development. Francesco has worked in major Erlang based projects both within and outside Ericsson, and as Technical Director, has led the development and consulting teams at Erlang Solutions. He is the co-author of 'Erlang Programming' and 'Designing for Scalability with Erlang/OTP' both published by O'Reilly. Francesco is also a lecturer at the University of Oxford, and has participated in the Future Learn Erlang MOOC, O'Reilly and University of Kent online Master Classes and is a regular conference speaker and tutor.

Francesco will be giving a Keynote talk titled: Industry versus academia? Learning and teaching programming together with Simon Thompson

Researcher, author and teacher
IOHK, University of Kent and ELTE

Researcher, author and teacher, senior researcher for IOHK and professor at the University of Kent and ELTE, Budapest. His research has covered many aspects of functional programming, including verification, tool building and testing for Erlang, Haskell and OCaml. He is an author of books on type theory, Haskell and Erlang, and runs a MOOC on Erlang for FutureLearn. He is currently a senior research lead at IOHK, developing a DSL for financial contracts on blockchain.

Simon will be giving a Keynote talk titled: Industry versus academia? Learning and teaching programming together with Francesco Cesarini

José Valim is the creator of the Elixir programming language and Chief Adoption Officer at Dashbit, a company that focuses on Sustainable Open Source and Continuous Adoption to boost the Elixir ecosystem. He is also a seasoned speaker, the author of three programming books, and an active member of the Open Source community.

Jose will be giving a Keynote talk titled: Elixir v1.12 updates and Q&A

which i can not create, i do not understand.

John will be giving a talk titled: Getting started with Graphql with Absinthe

Peter will be giving a talk titled: Architecture Patterns applied to Phoenix Projects

Jackline will be giving a talk titled: Building a simple billing system using Genservers together with Linda Achieng

Linda will be giving a talk titled: Building a simple billing system using Genservers together with Jackie Kaunda

Is there a test for that?

Co-author of Testing Elixir. Staff Engineer at Community.com. I like to create thing and to support others doing so.

Getty will be giving a lightning talk titled: Exodus to Elixir (stateless transition)

Imo Inyang will be giving a training on: Putting it together - Elixir + gRPC

Juliana is an Elixir Developer who strongly believes in the importance of multidisciplinary, inclusion and diversity in Technology. LGBTQI + person, originating from the outskirts of her city, had her life transformed by learning programming and tries to take it to other people.

Juliana will be giving a talk titled: PubSub in Liveview

Started with .NET, added some Js to the mix, to become full stack, then shifted to Ruby on Rails with Ember, soon replaced by Elixir on backend and basically anything on the frontend (currently Vue).

Nikola will be giving a training on: Actual E2E Testing with Cypress, Vue and Elixir/Phoenix, using Ecto sandbox

Software engineer with over 10 years of experience in application development and infrastructure. I've been working with clients ranging from small startups to unicorn enterprises. Currently building useful Slack bots at Ubots.

Author of tesla - the flexible HTTP client library for Elixir.

Nikola will be giving a training on: Actual E2E Testing with Cypress, Vue and Elixir/Phoenix, using Ecto sandbox